INSTITUTE FOR NATURE CONSERVATION IN ALBANIA 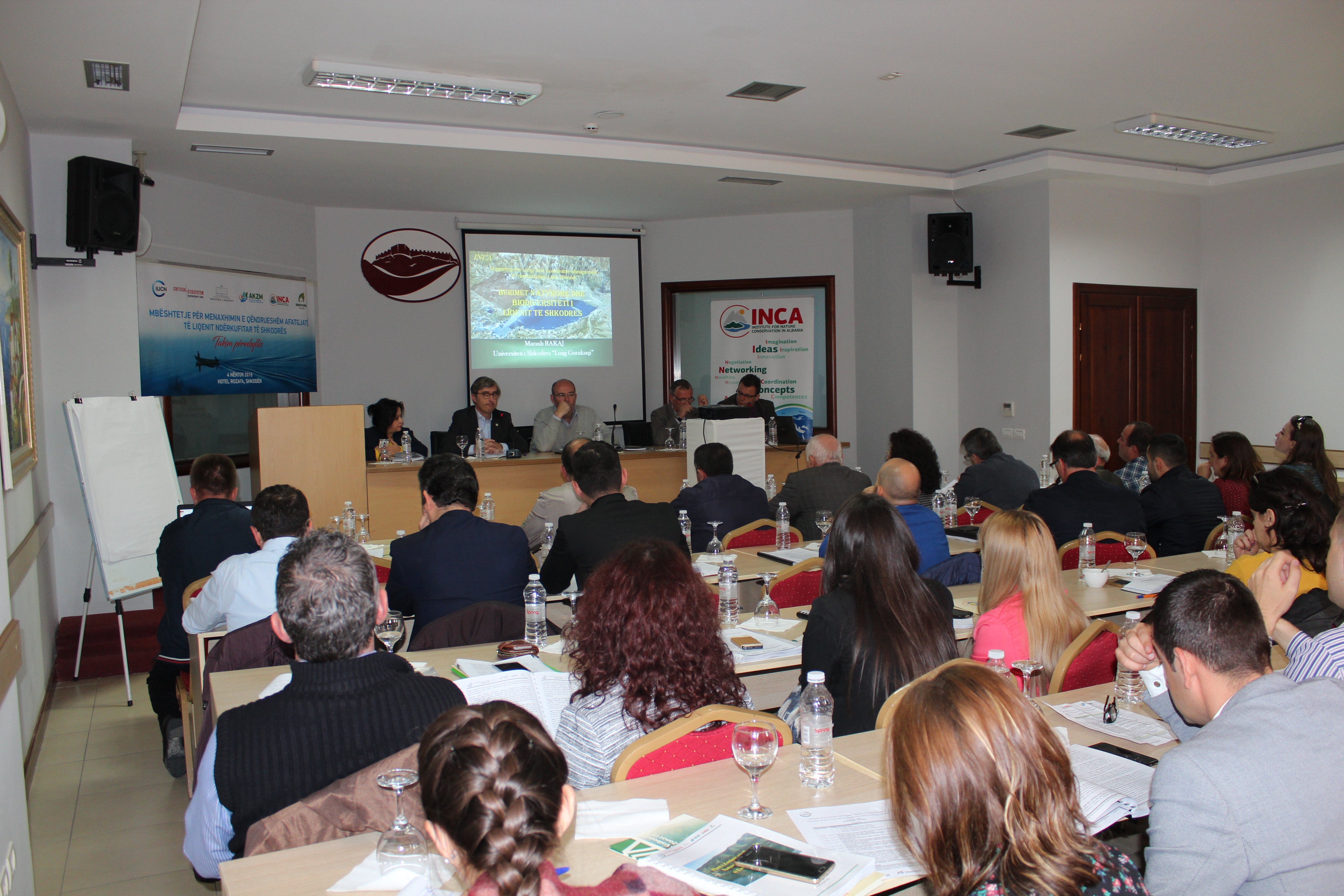 Shkodra, Albania, 4 November 2016 – A new zoning plan that defines the protection levels of the Skadar Lake Nature Managed Reserve (MNR) and enables its effective management was presented today in Shkodra. It was elaborated with support from the project "Long term support for sustainable transboundary management of Shkodra Lake." The consultation process was lead by the Regional Administration for Protected Areas (RAPA), with the support of IUCN and INCA, and strong involvement of the scientists from the Shkodra University and the local fisherman. Consultation meetings and open discussions with local stakeholders were held around the lake, and the main comments are nowreflected in the newly proposed zoning plan.

The zoning defines what can and cannot happen in geographically delineated subzones of a protected area, defined based on the importance and vulnerability of area’s habitats and ecosystems. The zones and the policies implemented are usually described in the Management Plan of the area. The new zonation of Skadar Lake will undoubtedly limit some of the current activities, but this is done to the long-term benefit of the local community that depends on the lake’s resources. It is proposed that:

- the core subzone would cover 3.18% of the total area of the MNR, creating an undisturbed natural area of high importance for conservation of biodiversity in the reserve;

- the recreation subzone would include 14.86% of the total MNR area,beingsuitable for ecologically sustainable recreation where the activities are carried out through effective management of visitors and supporting infrastructure;

- the sustainable development subzone would cover 81.95% of the total MNR area, allowing for the residents tocontinue with the traditional practices of using natural resources and fisheries. Visitors can enjoy the local products and landscape, and it also allows for scientific research, studies, monitoring and promotional, educational and awareness raising activities.

The fishermen, organized in the Fishery Management Association, are the most important stakeholderon the Albanian side of the lake when it comes to the sustainable use of lake’s resources.During the consultation process they were informed on the importance of the zoning plan and the main concepts related to different zones. They worked in groups to better understand the concepts and to share their opinions, concerns and suggestions regarding the zoning process. Through a constructive debate that was facilitated by the experts allowed INCA and RAPA to explainin details the legal and social conditions that should be taken into account for the zoning. The lively discussions resulted in useful comments and suggestions for the zoning plan improvement. The fishermen agreed to support the future efforts that RAPA will put in the implementation of the zoning plan for the lake.

To become official, the proposed zoning plan has to be approved by the Council of Ministers, substituting the actual zoning in force as of 2012. Once official, the zoning plan’s implementation will be supported through the awareness raising and environmental education activities. The wise use of the lake biodiversity will guarantee the development of local economy and the preservation of natural resources and values of the managed nature reserve for future generations.

Covering an area of 5,490 km2, Lake Skadar is the largest lake on the Balkan Peninsula with a high diversity of of habitats and species. Due to the high biological diversity it is designated as a protected area both in Albanian and Montenegro as well as recognised internationally as as Ramsar and Emerald site, and an Important Bird and Plant Area. IUCN Regional Office for Eastern Europe and Central Asia (IUCN ECARO) in partnership with the Institute for Nature Conservation in Albania (INCA), Green Home of Montenegro and protected areas and nature conservation authorities has been working for the last three years towards the effective management of this lake's biodiversity.The joint action is supported by the Critical Ecosystem Partnership Fund, and aims to strengthen law enforcement, increase the participation of civil society organizations in monitoring and protected area management, and raise awareness on the importance of biodiversity conservation among key stakeholders and resource managers. The goal of this initiative is to create a network that would gather stakeholders from Albania and Montenegro and support their work on the sustainable management of Skadar Lake.